The village of Lopinot, situated north of Arouca on the southern slopes of the Northern Range was the location of Fusion IX on the 6th of June 2015. A Village rich in historical appeal and almost undisturbed natural beauty, it was perfect for the Fusion experience. Teams gathered in their numbers at the Lopinot Recreation Grounds in tempered anticipation of the event’s 4:00am start. The savannah was skirted with tents occupied by participants, supporters and their logistics crews; which left the inner portions open for the planned activities of the Fusion Organizing Committee.

Approximately fifteen (15) minutes before race start, one of the village elders took to the stage to speak about the rich history of Lopinot. Teams silenced their activities to listen to the information disseminated as they knew it would provide a much needed edge in the mental challenges that would present itself during the event. The resounding echo of the master of ceremonies signaling ten more minutes to race start, met participants applying final touches to their race kit. With camel backs and head lamps strapped on tightly and the twenty (20) pound ‘Fusion Friend’ in tow, teams were ready for the battle of the bush.

At race start, one hundred and seven (107) teams exited the savannah and made their way to the Lopinot Road and into the hills for an eight (8) kilometer challenge which marked Leg one (1) of the day long adventure event. With a 590 meter ascent, this was dubbed the warm-up. After completing the mental challenges that awaited participants some meters before crossing the finish line, teams made a mad dash to crowning glory. One hundred and three (103) teams were successful at completing this leg.

The first team to complete this leg was Vipers II with a finishing time of 56 minutes 14 seconds which was faster than the estimated fastest time for this leg. This proves to the organizers of the event that every year teams continue to train harder and smarter in preparation for the event.

Most teams had sufficient time to recuperate for the commencement of the second leg. This leg was split into two disciplines. Two members from each team cycled while the other two ran. Participants expressed relief that the ‘Fusion Friend’ was not included in this leg. This segment commenced with a staggered start. At exactly 7:00am athletic pairs ran a 10 km loop through the hills of Lopinot and Caura. The leg started with a short road run followed by a challenging ascent before a long winding descent into the Caura valley. Teams then had to run pass several houses and begin an ascent back into the Lopinot; ninety (90) teams completed this leg.

While their team-mates were battling the conditions of the trail into Caura, the other two (2) members started at 7:05am to cycle a loop from Lopinot to Brasso Seco, covering a distance of 27.5km with a total elevation of 1,753 meters. This mountain bike leg proved to be very challenging and highly technical as teams not only had to cycle uphill over undulating roads but entered the forest canopy on trails which were not drenched with water from the rains which feel mere minutes prior. We saw team members return with bikes on their backs, expressing frustration as they crossed the finish line. Nonetheless, one hundred and one (101) teams completed this leg.

The last and final leg of Fusion IX began at 12 noon. Teams were expected to run 11.2 km through the Lopinot hills to complete which was the most mentally challenging leg of them all. Participants were restless and visibly tired, but were mentally prepared to collectively put their best foot forward. Dubbed the “Camel Back”, this was a technical course that tested team’s ability in ascending and descending. The first “camel hump” was a 506 metre (1,653 feet) ascent and a very daring descent. Race Marshalls served the added purpose of offering encouraging words and an added ounce of motivation as team members expressed agony towards what seem to be a never ending challenge. During this daring decent, men and women become huggers of trees, with their legs succumbing to the rigors of the course.

Teams exited the forest and ran onto the Lopinot Road, most would have thought it was the end of hills and a straight run to the finish line, others couldn’t fathom a Fusion third leg being that straightforward. Faster than either thoughts could be assimilated, race marshals were waiting a few meters away, signaling participants to enter the forest once more to what would be the second hump of the camel’s back. This was taller than the first at 552 meters (1,809 feet) but wasn’t as aggressive, however, the descent was also as technical as the first downhill. Participants exited the forest and made their way to the recreation grounds only to be signaled again by race marshals to complete an obstacle before completing the leg. Ninety seven (97) teams were able to ride the “Camel’s Back” and make a ten (10) meter crawl under a heavy cargo net before crossing the finish line.

As darkness descended, and some teams were yet to arrive, much to the relief of the majority of participants, the planned fourth leg of the event was cancelled due to safety concerns.

Port Authority of Trinidad and Tobago

Pilots’ Association of Trinidad and Tobago 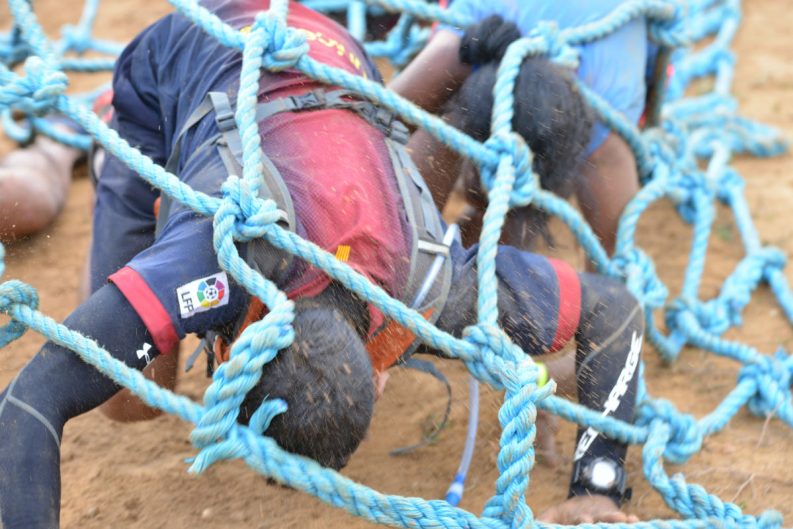 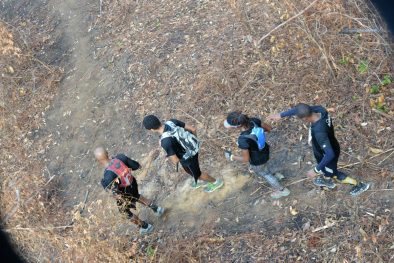 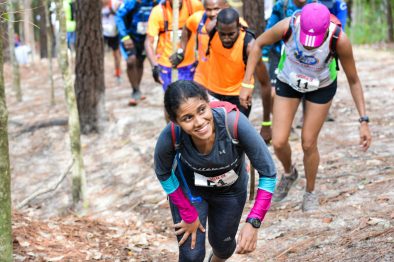 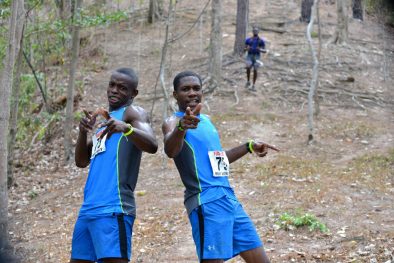 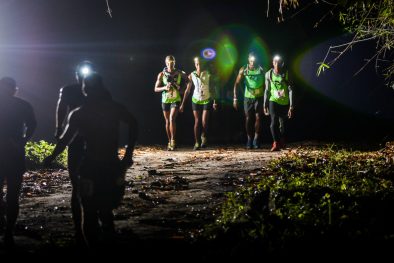 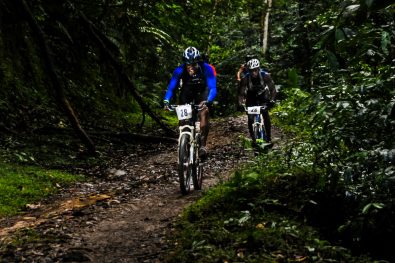 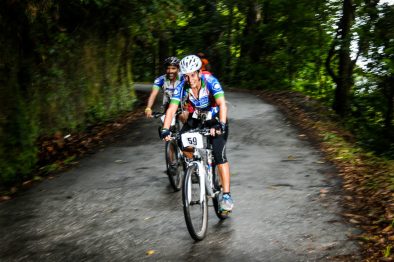 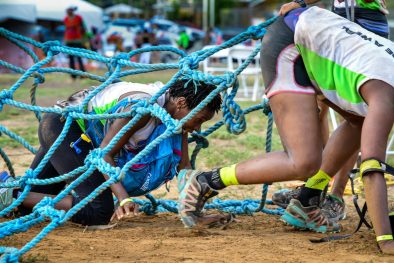 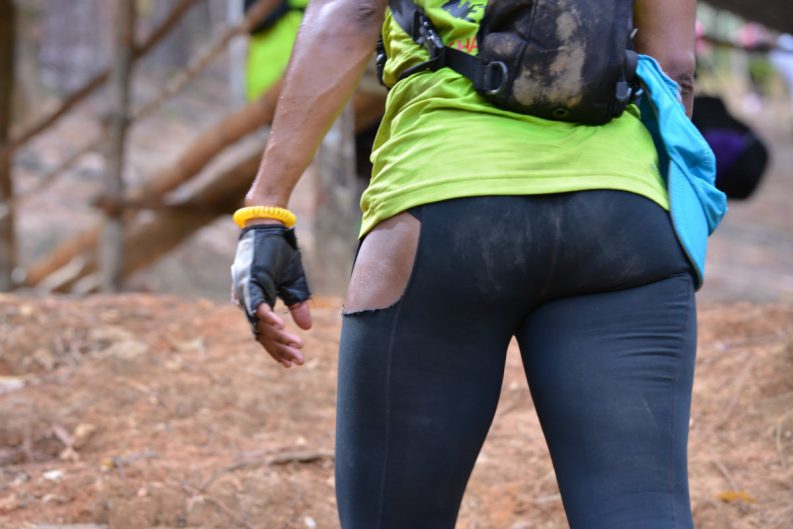 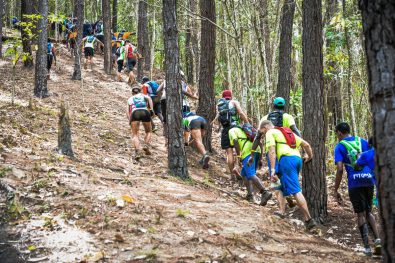 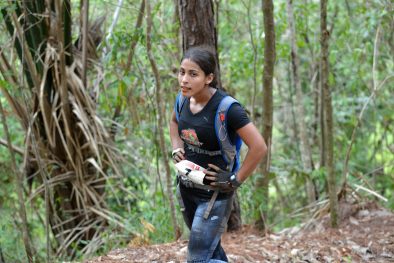 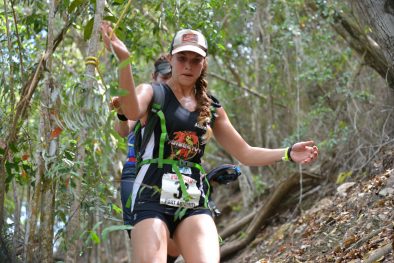 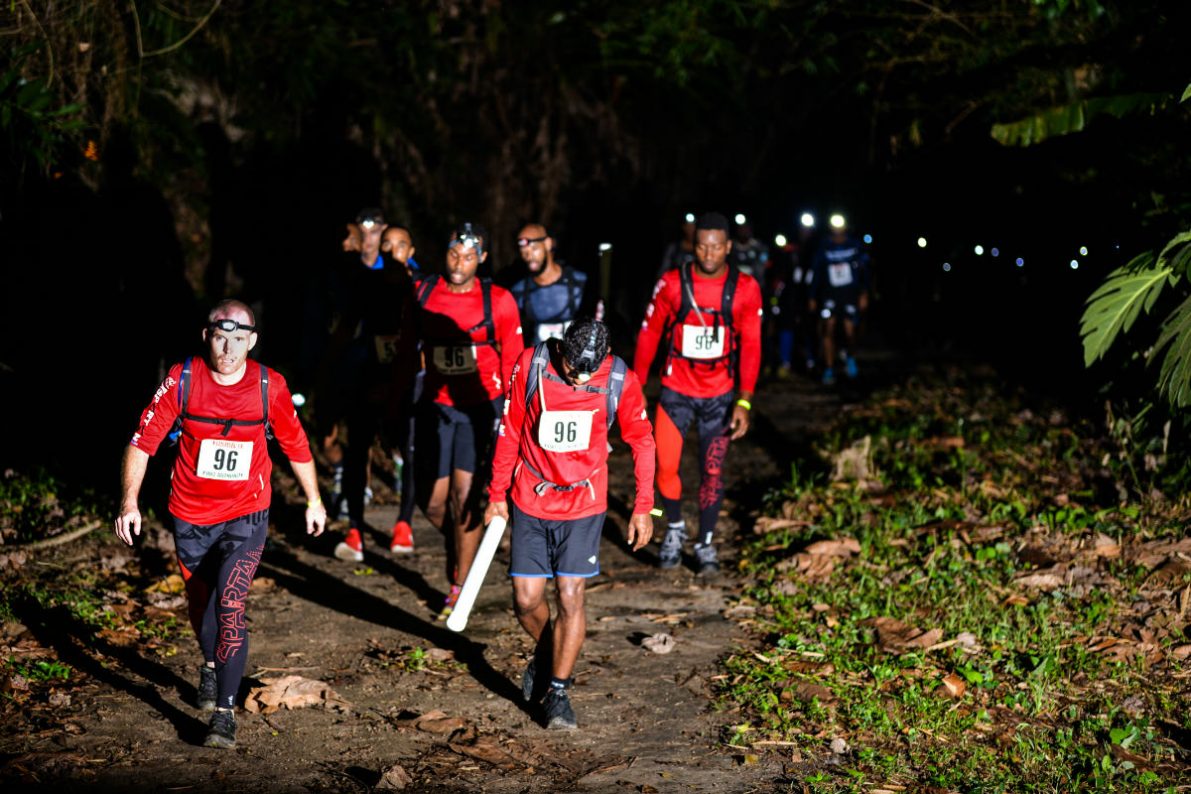