Fusion 5 was hosted on Saturday 4th June 2011 and it represented the fifth consecutive year of the event. As promised, it was an exciting, physical and intellectually challenging sporting event that required courage, fortitude, stamina, commitment and teamwork.

Sixty-nine (69) teams comprising of four persons participated in Fusion 5; each team was required to hike/hash selected mountain trails within Trinidad as well as complete a series of team-work/problem-solving activities. All competitors were required to assemble at the premises of St. Augustine Senior Secondary Comprehensive School no later than 3:00am to complete the final step of the registration process.

Fusion 5 started with a team event which required a member of each team to obtain a Styrofoam ball 50 metres away and return with it to their team. All team members then had to inter-lock their arms and, with the ball on the ground in the middle of the circle, they had to kick the ball while keeping it within the circle for 50 metres. On completion, they unlocked arms and proceeded onto a highly technical circuit which was mostly abandoned prior to its cleaning for Fusion.

Then with head-lamps on, competitors continued along the roadway up to Mount St. Benedict where teams had magnificent views of Trinidad. At this point, race officials directed teams to a trail which continued upward through a pine ridge; at the top of this ridge one could see St. Joseph clearly. The trail continued to the other peaks of Mount Tabor which were so steep that they had to be roped to provide assistance to teams. The trail then tested competitors’ skills on rolling hills followed by a steep and technical descent; it then tapered to a relatively flat run before challenging participants to go up what Trail Masterz dubbed as “snow-cone mountain” because of its very steep elevation; to the left of the climb persons had views of Caura Village. Once the summit of this mountain was reached, it was a down-hill dash until the question and answer point (incorrect answers carried time penalties) where there were spectacular views of the Trinidad ranging from Arima to Port of Spain and Central. On completion of the questions, teams had to make their way back to the start of the leg which saw the teams completing the 15km leg in a time range of 2 hours 18 minutes to 4 hours 29 minutes.

The second leg started at the top of the Caurita Ridge in Acono; this leg was going to test teams for all that they had to offer! On pressing the horn to signal the start of this leg, teams (3 persons required) had to solve a cryptogram puzzle which detailed the length of the course and a math problem that had to be solved before proceeding. To the surprise of competitors, a rope ladder was the next challenge and was only 200metres. The remainder of the trail to the “rest house” is a comfortable low gradient climb which saw teams completing this part of the leg between 40 and 75 minutes. At the “rest house” teams had to solve several ditloids, a mathematical based problem and a sorting problem, all of which carried time penalties for incorrect solutions. On completion of this task, teams now had a long run (18km) to complete as they made their way via a trail which Trail Masterz cleaned and widened. This trail brought participants onto the roadway at Las Cuevas where teams had a 2km road run to the hill above Las Cuevas Beach Resort; this last climb on weary legs proved to be a challenge.

At around 5:20pm, teams (using 3 persons per team), were required to run for 5km from TGIF in a clockwise direction around the Queens Park Savannah and back to TGIF then proceed into the Cruise Shipping area at the Port Authority with their fourth team member. This leg of the event ranged from 20 to 41 mins.

Eco Adventures won the event for the third year in a row and took the challenge trophy; they completed the event (with penalties included) in 5 hours 50 minutes and 10 seconds. Ryan Mendes (the leader of Eco Adventures) carried his team comprising of Robert Sharpe, Cantius Thomas and Jason Costelloe to another stunning victory. All teams that entered were highly commended for completing the legs within time and it was evident that they learnt a little more of themselves when they crossed the finish line…

Port Authority of Trinidad and Tobago 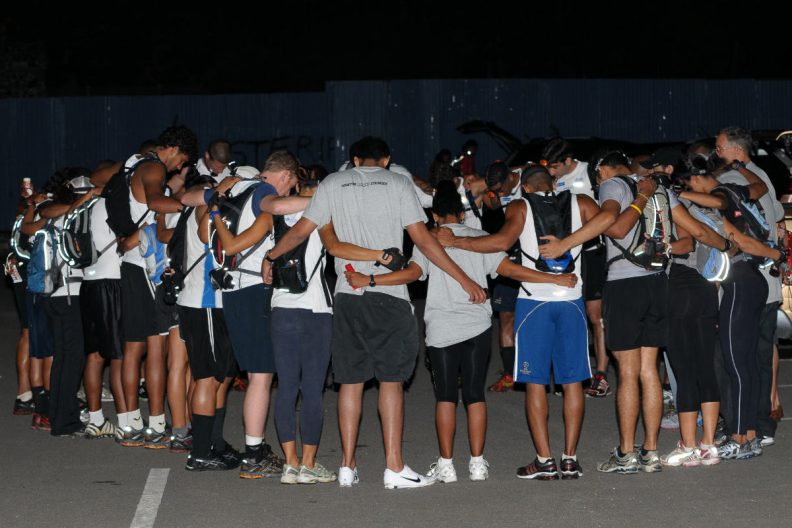 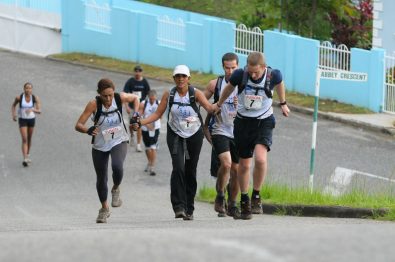 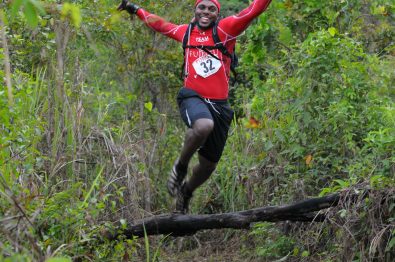 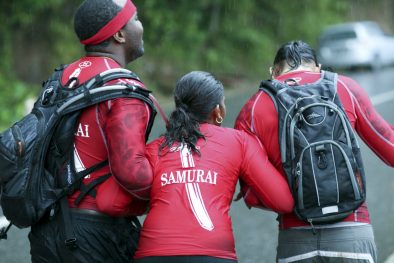 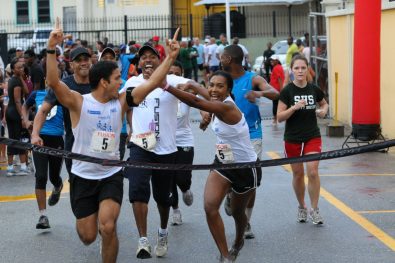 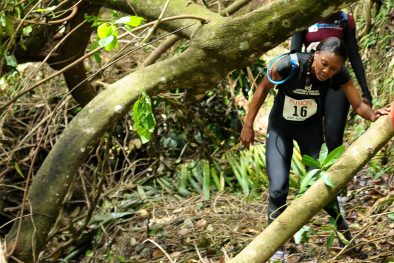 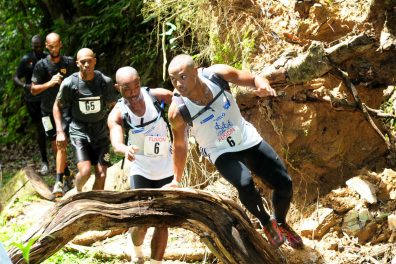 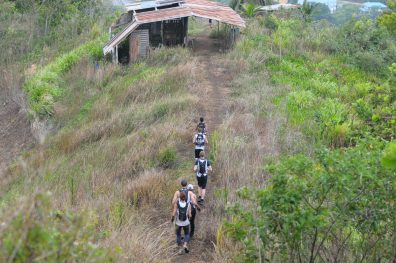 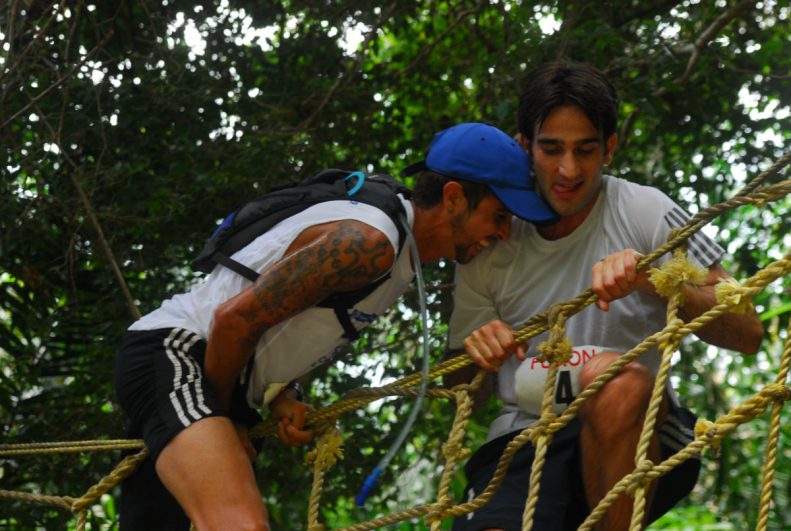 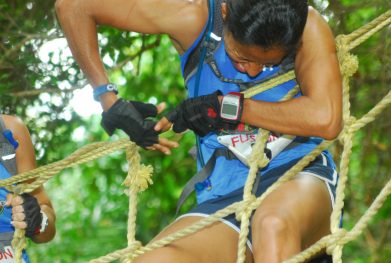 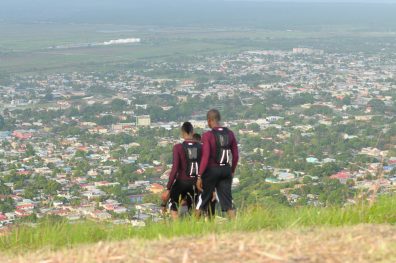 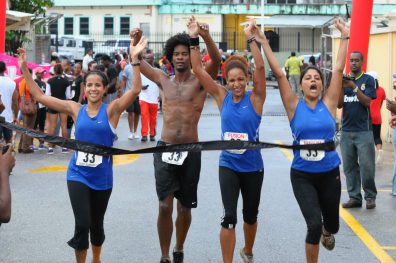 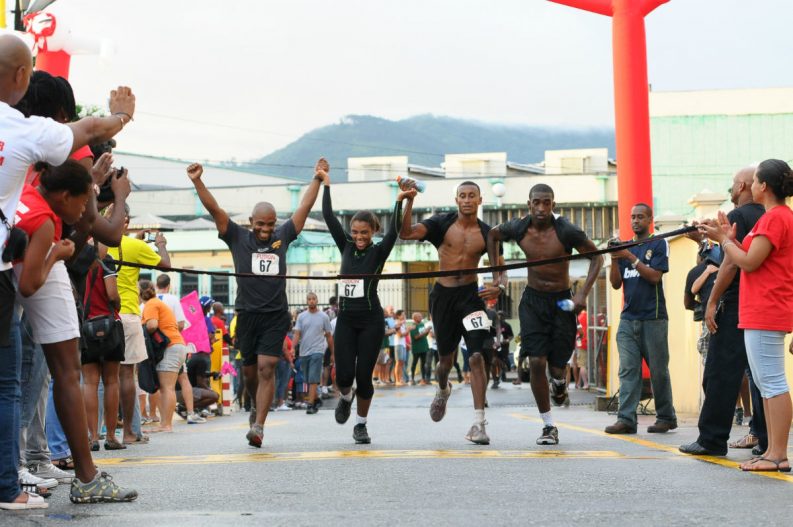 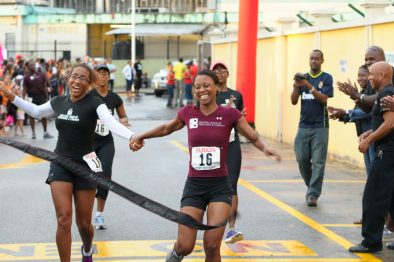 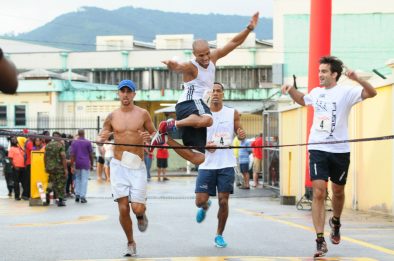 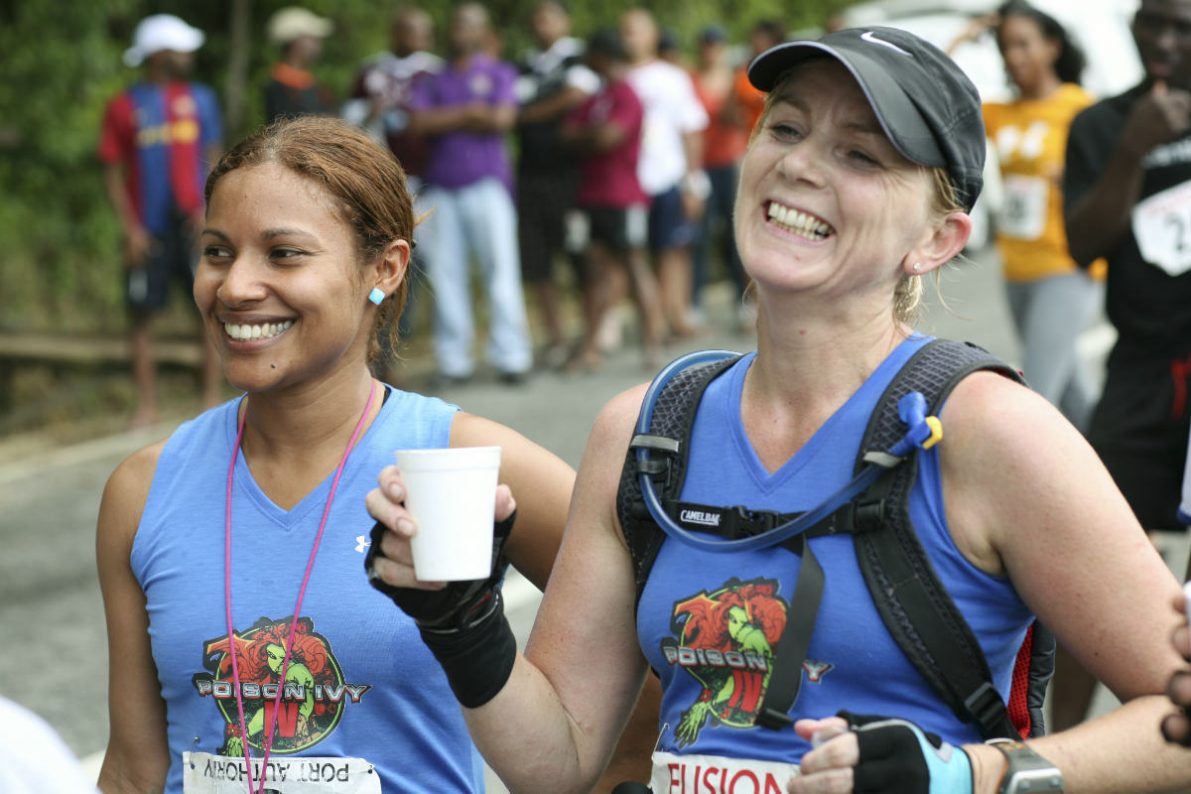