The inaugural race “Fusion Lite” was hosted on April 11th 2015. The event was created as a means for persons to experience one leg of the larger Fusion event. “Fusion Lite” was scheduled to take place approximately six (6) weeks before the larger event in order for participants to properly gauge their fitness level, giving them just sufficient time to make the necessary adjustments. While the larger event required teams of four (4), “Fusion Lite,” however, challenged participants in teams of two persons.

This race consisted of 126 teams that brought a lot of energy, excitement and enthusiasm to the start area at the Queens Park Savannah in north Trinidad. Anxious and race ready participants brought their enthusiasm to the starting line, where they anticipated the starter gun which was sounded at exactly 1pm. Participants expressed no remorse for the grassy area of the South Eastern side of the Savannah, as teams trampled across to the St. Ann’s Road and continued along that road to Cascade Road and then up the Hololo Mountain Road for what proved to be a very challenging ascent in the blistering sun. The ascent on the road continued for distance of 3.3km with an average slope of 14.8% after which teams entered the canopy cover of the forest and continued an equally steep ascent for 800m, which of course marked the highest point of the Lite trail. At this point teams would have definitely been feeling what Fusion feels like as they now begun a very long descent. At the start of the descent, persons would have been able to view Santa Cruz on their right before reaching the very large radio antennae.

Teams now proceeded along a long winding, very picturesque and technical descent making their way to the top of Lady Chancellor Hill, getting great views of the city of Port of Spain along the way. Although this was a descent, its length required stamina and consistency, testing teams at every level. Approximately 100m before reaching the top of Lady Chancellor Hill, participants had to make their way over a scramble net and were greeted with a much desired water station. After hydrating themselves, participants hastened down Lady Chancellor Hill, as if following the scent of victory as they came ever so close to the finish line.

On reaching the bottom, teams then made their way back to the point where they exited the Savannah and back to the start/finish point. At this point teams would have covered a total distance of 18.6km. The determination and tenacity of teams continued to amaze and encourage us the organizers to continue to host these events. All participants received huge congratulations whether their finishing time broke our estimated fastest time or was slower than our estimated slowest time. They all showed the spirit of Fusion which is to learn more about themselves by the time they reach the finish line. 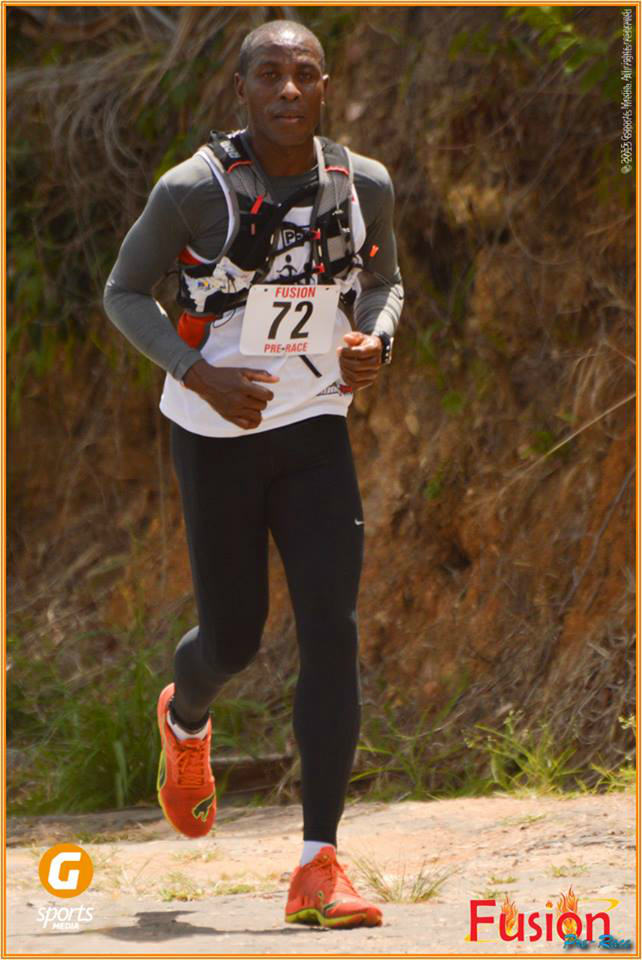 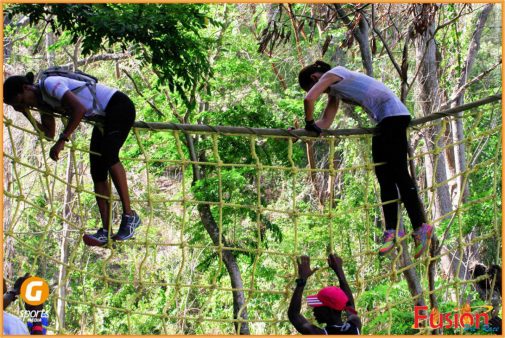 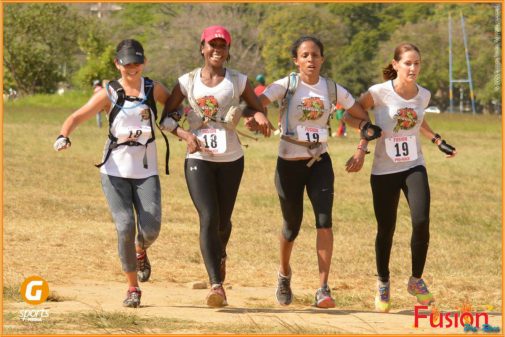 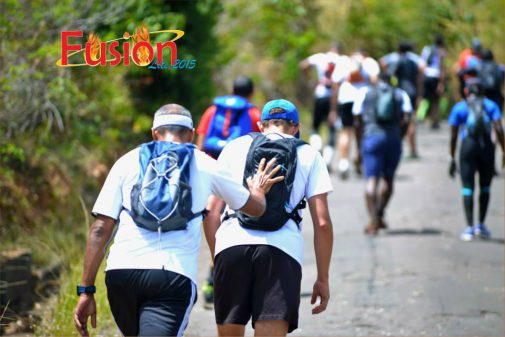 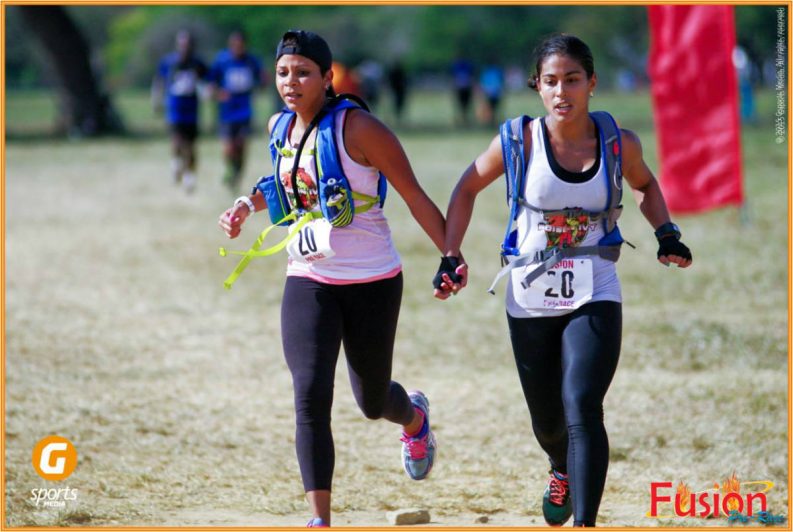 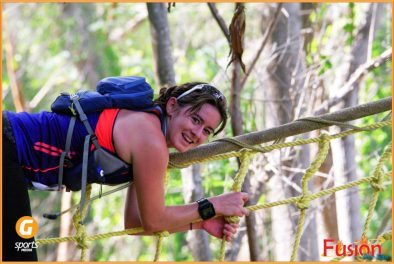 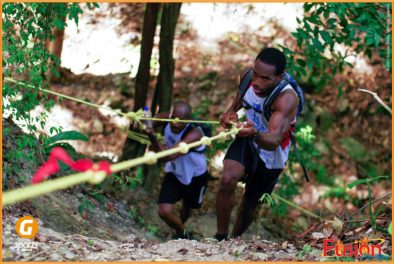 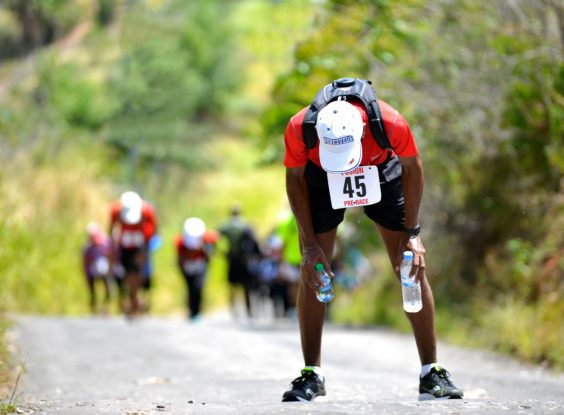