Samaan Park in Chaguaramas themed with excitement from as early as 2am on the 8th of June 2013 as teams begun to arrive for the 4am start of Fusion VII which was rightfully dubbed “The Mission.”

At 3am all of the 106 registered teams were present… Several teams were already drenched in sweat as they performed their warm-up activities which included jogs, light sprints and stretching. The photographers, by this time, were very busy taking photographs of persons performing their drills as well as team shots. At 3:30am an announcement was made indicating that the race start would be in 30 minutes and outlining the specifications of the first leg of the race. Teams gasped for breath as things were about to get real…

It was 3:45am when all teams assembled at the entrance of Samaan Park where the initial start of the race was explained. They learnt that they must select two (2) members of the team to run in the direction to Macqueripe Beach to collect an item and return to their team which would then enter the course. This item was a 20lb cylindrical pipe capped and both ends and filled with sand. Painted with the insignia “Fusion Friend,” the name stuck and Fusion Friend remained part of Fusion moving forward. Life isn’t the same without a friend!

The first leg required all team members to cover a distance of 13.5km and started with a long ascent in Tucker Valley. At the end of the ascent the trail levelled and not too long thereafter teams had to descend “the devil’s ladder” a treacherous winding and slippery trail spotted with clay. There were several teams that opted to descend on their glutes and no-one dared to run down the ladder as it would have not have allowed for such without lashing back… Teams then had to traverse a long trail which offered intermitent views of the north coast. Teams eventually emerged on the tracking station road and had to make their way uphill along the asphalt road to the old satellite station. At this point, teams were required to answer questions after which they descended into Bamboo Cathedral and back to Samaan Park. Teams completed this leg in an overall time ranging from 2hours 52 minutes to 5 hours 34 minutes.

The second leg of Fusion VII wasn’t going to be a walk in the park by any stretch of the imagination! Leg 2 required all team members and started at 11am. The sun was now scorching the competitors who all had to run in a Southerly direction along the Macqueripe Road with their new-found Fusion Friend. On arriving at Guave Road, teams continued along this road until they arrived at the Chaguaramas Main Road. Heading in a Westerly direction, teams continued to Williams Bay where they were informed that two2 members of the team have to comple a 500m open water swim across to the Kayak Centre with life jackets. This news jolted some teams to get cracking with it while other teams engaged in ‘meetings’ and draw straws to determine who the two (2) members would be.

On completion of the open water swim, all team members traversed their path along Guave Road and back onto the Macqueripe Road. Teams continued in a northerly direction until they arrived at Golf Course Road. It is along this road that they were allowed to leave a member and the Fusion Friend at a location to wait for them. The three (3) members now had the blazing sun to deal with and a new trail that was made and dubbed the “Fusion Pathway.” This trail was a very steep and challenging 3km ascent with an average slope of 19% and a maximum in some paths of 71%.

At the top of the ascent, the trail levelled and teams were able to jog onto the Mt. St. Catherine Road where they had to answer questions in the vicinity of the aviation ‘ball.’ On answering the questions teams had to make their way down the road for approximately 250m before re-entering forest canopy to descent the infamous Archer’s Trail. Parts of this descent are so steep that severla sections were roped so that teams can utilise same to assist with their 2km descent at the bottom of which they re-kindled with their team-mate and the Fusion Friend. The loop consisting the Fusion Pathway and Archer’s Trail was dubbed the Archion Loop and in itself was a little over 7km. Teams then made their way back to Samaan park and overall covered a distance of 18.6km in a time ranging from 3 hours 3 minutes to 6 hours 53 minutes.

The third and final leg required teams to complete a 4km road run. By this time, teams were exhausted and gave their all but required to produce a little extra. The 4km run was a loop from Samaan Park to the Golf Course and back. Teams completed this leg in a time ranging from 16 minutes to 56 minutes. The many spectators and supporters encouraged all of the participants to complete the Fusion VII “The Mission.” 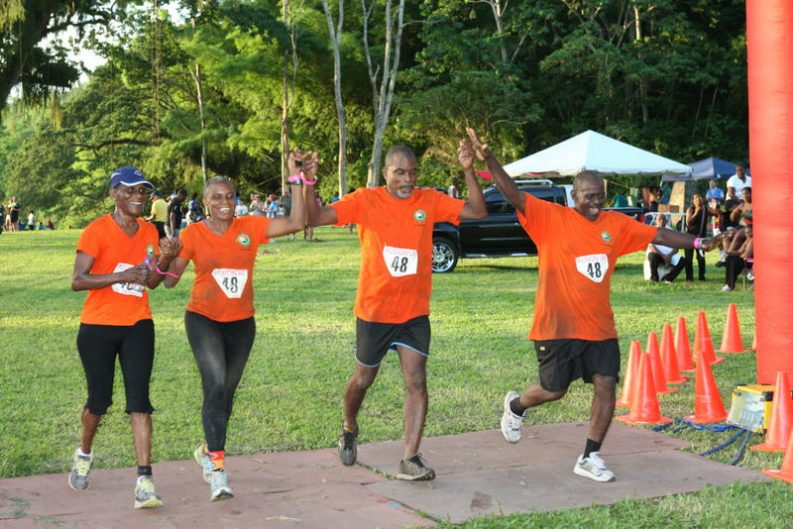 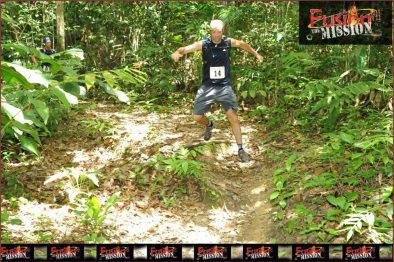 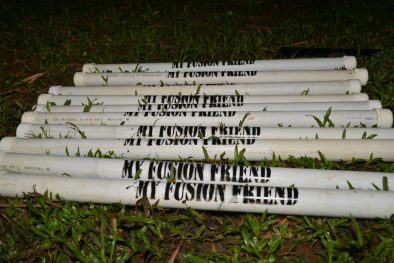 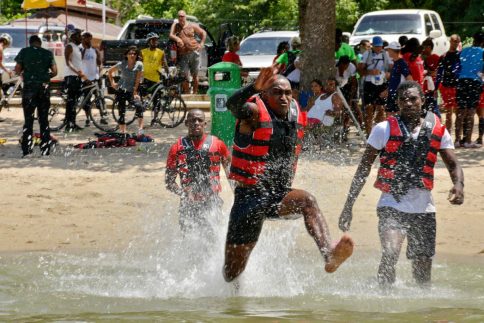 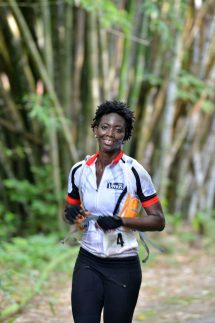 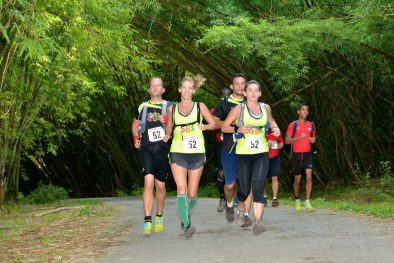 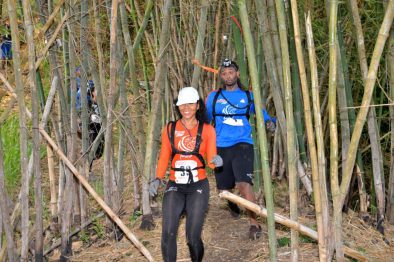 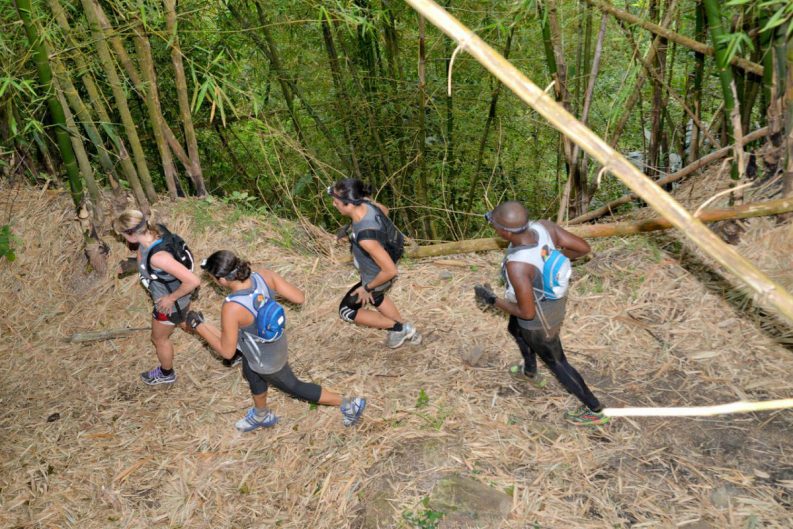 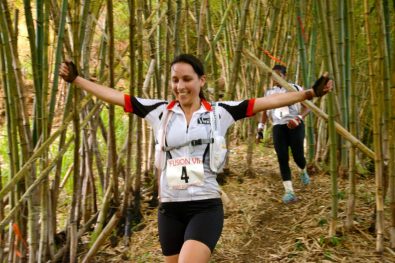 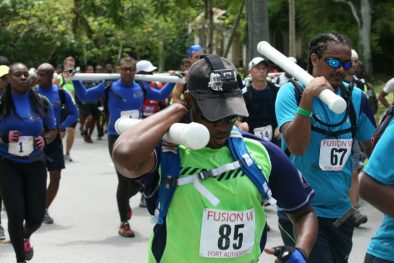 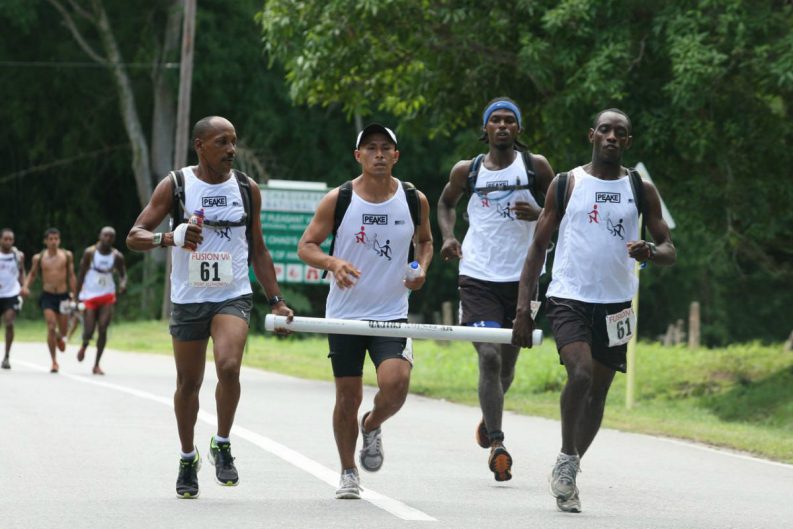 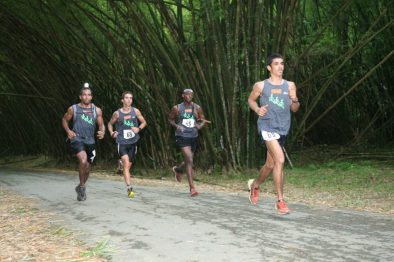 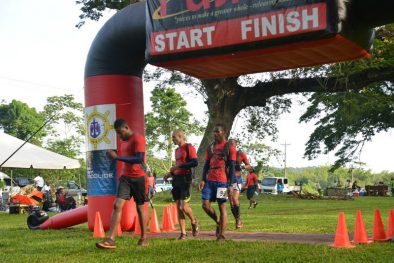 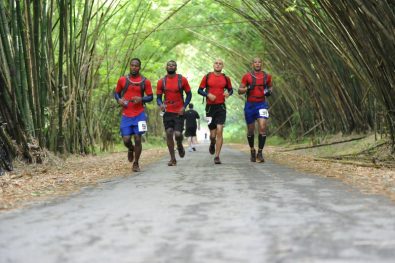 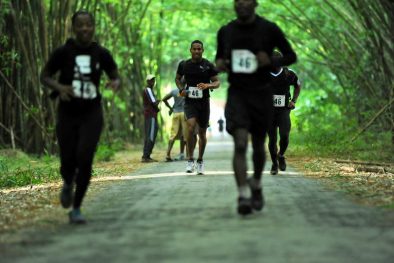 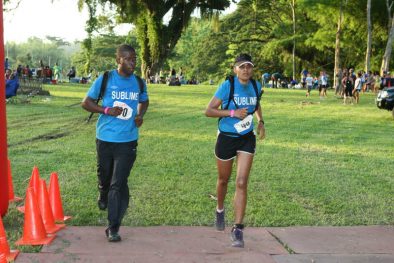 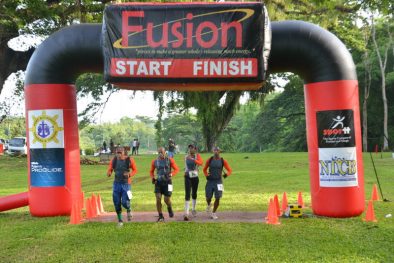 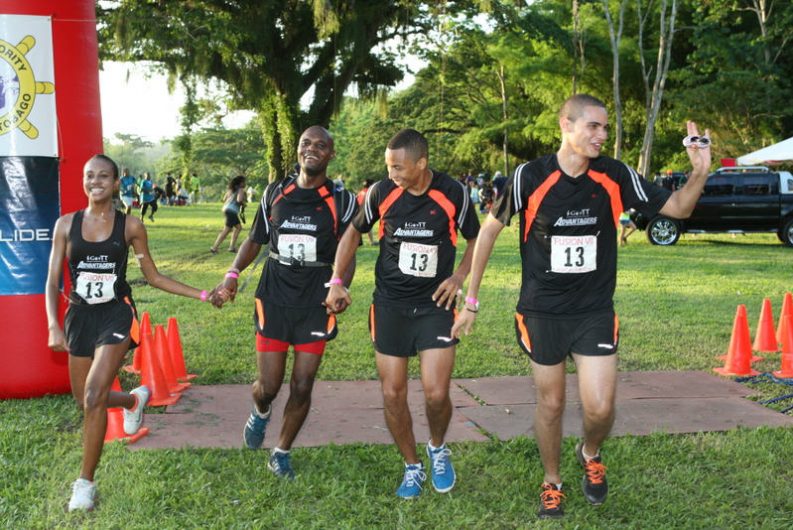 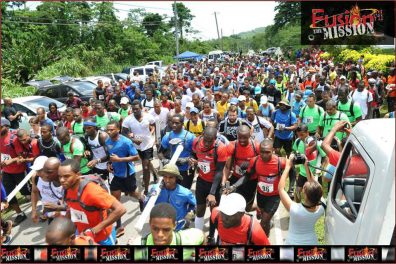 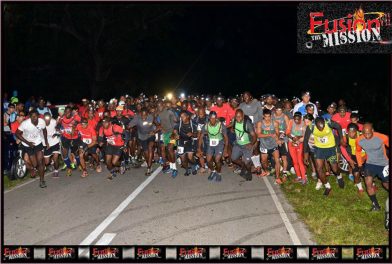 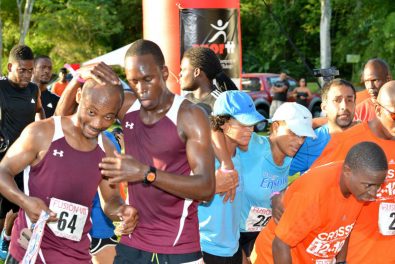 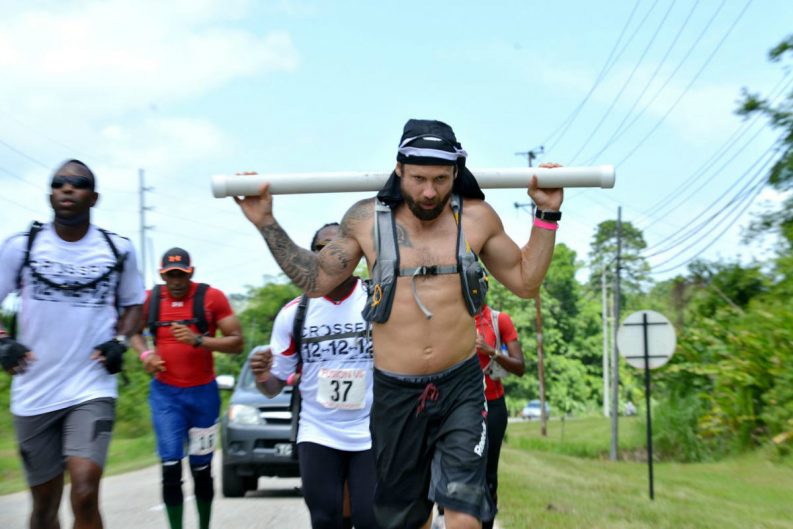 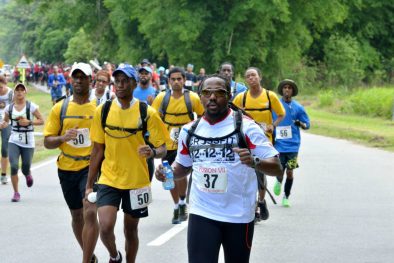 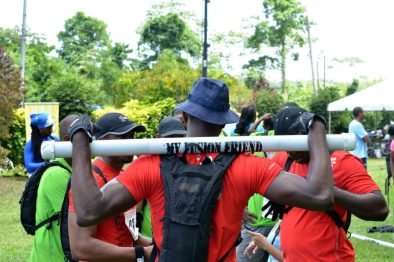 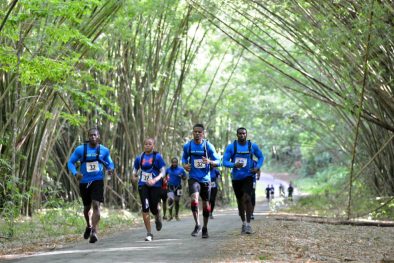 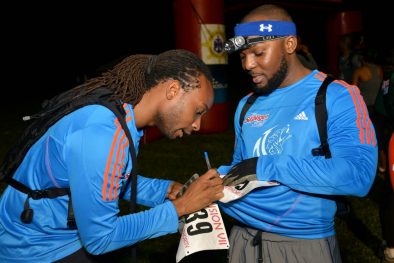 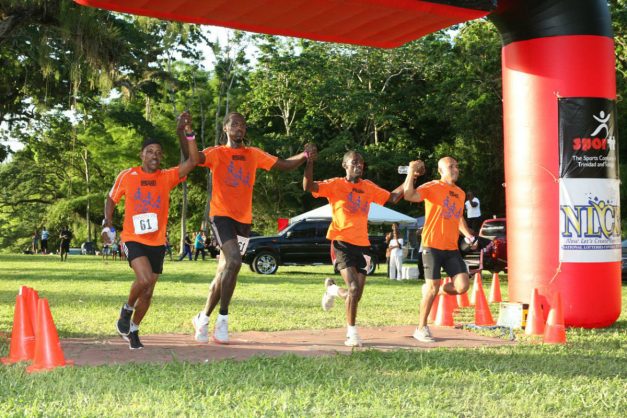 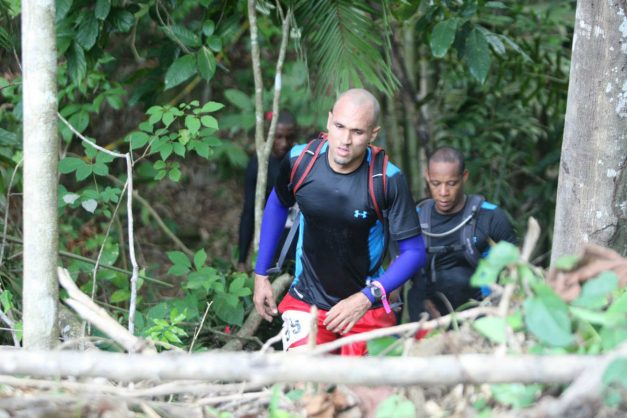 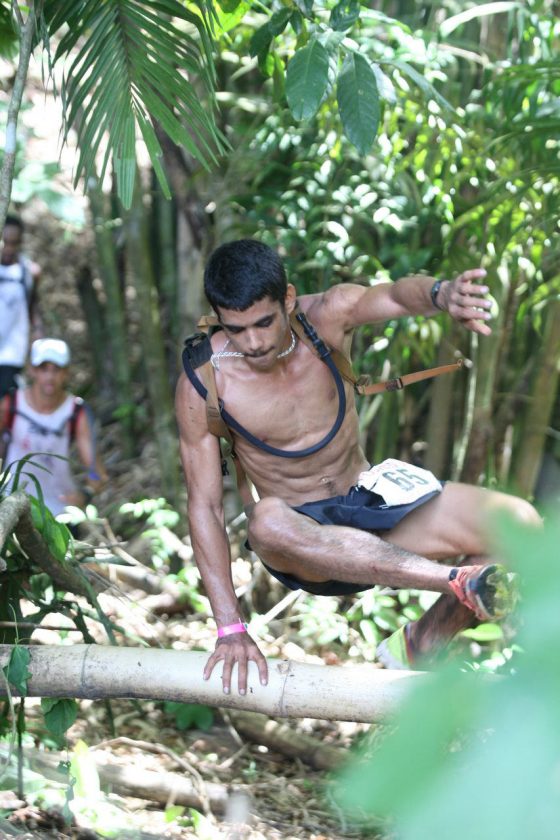 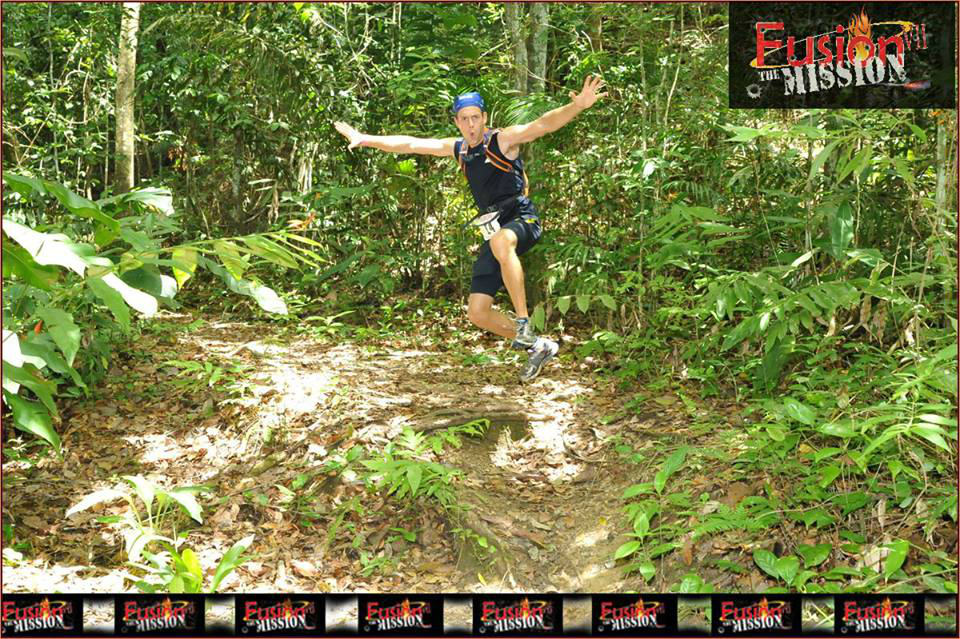