Maracas Beach in Trinidad was the location for the second edition of Fusion Lite which was held on the 16th of April 2016.

Two hundred and twenty one (221) teams of two (2) gathered at the location in the vicinity of Uncle Sam’s Bar from as early as 4am in preparation for the 6am start of the race. There was a huge buzz of excitement in the air as teams collected their packages with their usual race bibs and pins as well as a very unusual item in the form of two (2) elastic bands. Many questions were forthcoming regarding their use but as is the norm in Fusion, their purpose remained undisclosed until mere minutes before race start.

The demonstration of the use of the elastic bands took place at 5:45am where teams realized that they had to use the bands to tie themselves together by their arm with team members facing the opposite direction. The Master of Ceremonies further amplified the atmosphere via his very animated and hilarious gesticulation which captured all who were in his sound and sight. At 5:55am, teams made their way onto the Eastern end of the Beach and with baited breath awaited the sound of the horn signaling the start of a day that would be unforgettable.

The horn sounded at 6:05am and teams made their way to the Western end of the beach in whichever way they deemed fastest with their arms tied. At this point, some of them celebrated for ‘freedom’ as they could now remove the elastic bands. Teams then made their way along the road back to Uncle Sam’s Bar and entered into the Grand Fond Road for 2km where they would have to complete the famous Lluengo Loop. On entering the canopy of the forest, the first phase of the Lluengo Loop, required teams to ascent the terribly steep Lluengo Mountain that would have felt longer than 1.7km as the average slope was 30.8%.

Teams then descended 1.4km to the water station located in St. Joseph where they would have been blessed with magnificent views of the valley. After hydrating and soaking themselves, teams had to complete a gradual 3km ascent to an area dubbed as the Cross where persons can go to the second peak of El Tucuche, Las Cuevas or Maracas Beach. Teams were directed on the trail to Maracas Beach and initially had a steep 80m ascent and a long 5km descent to Maracas Beach.

The estimated fastest time to complete Fusion Lite 2016 was 2 hours and the estimated slowest time was 5 hours and 30 minutes. The race was won by the male team +One A Week – Trail Blazers, comprised of Michael Honore and Ted John, in a blistering time of 1 hour and 38 minutes and they crossed the finish line embraced by Bravo’s – Champion ringing out loudly to all who came to witness this magnificent event. The team of Jilleta Landeau and Patricia Sorias of 5SFF Limitless 2, took the women’s trophy in a time of 2 hours and 19 minutes. Team Jack and Jill of Guy Marley and Lindsay Deslauriers-Miestook won the co-ed category with a time of 1 hour and 58 minutes.

All participants were champions and kudos to the team for seamless logistics and a well organised race at all points with no serious injuries reported.

Supporters were kept entertained by the antics of MC extraordinaire, Mr. Colin Chambers who ran with participants from the start of the race in true camaraderie and provided up to date information as it came on the progress of race. 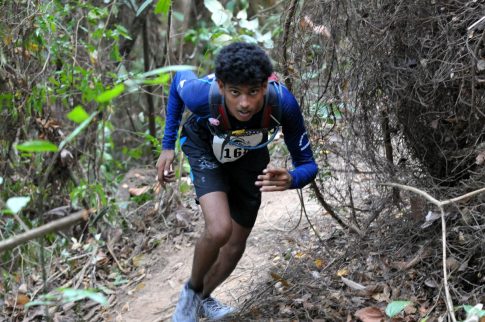 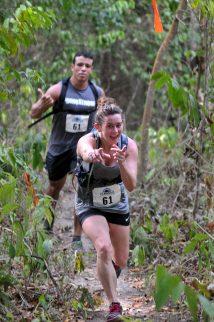 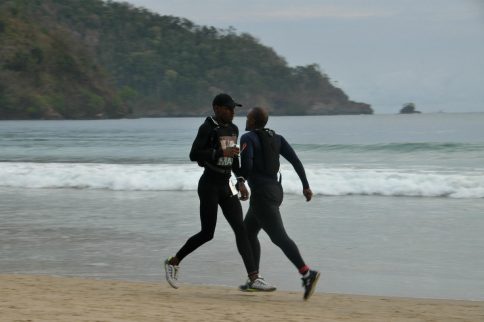 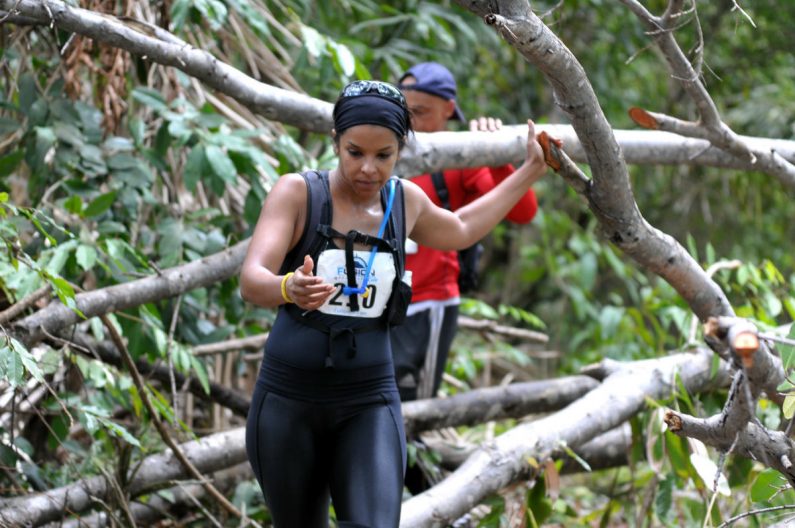 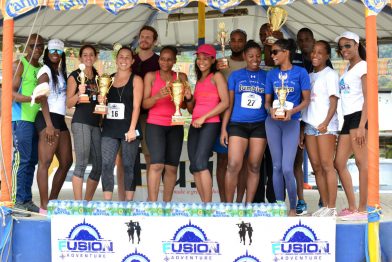 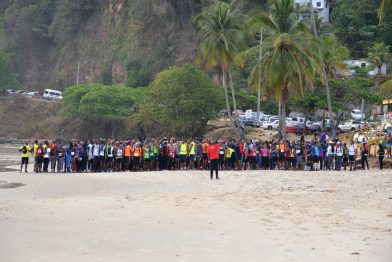 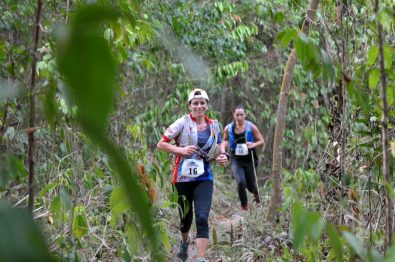 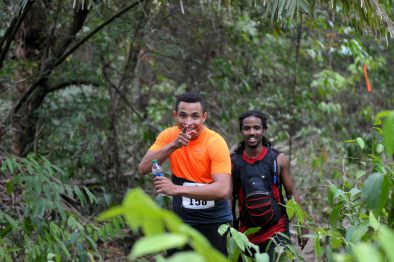 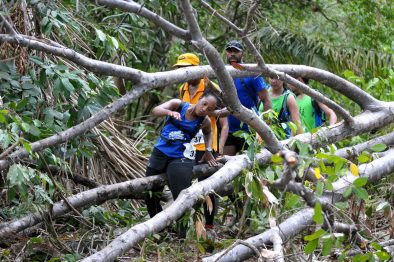 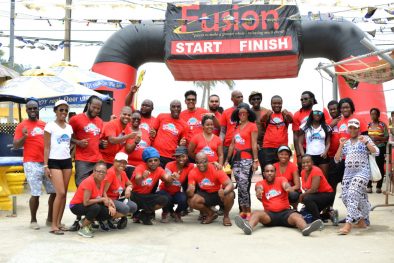 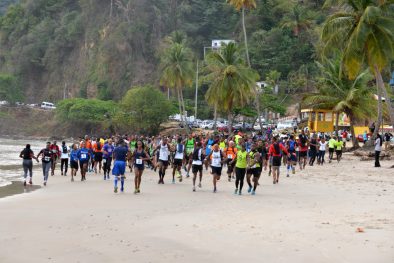 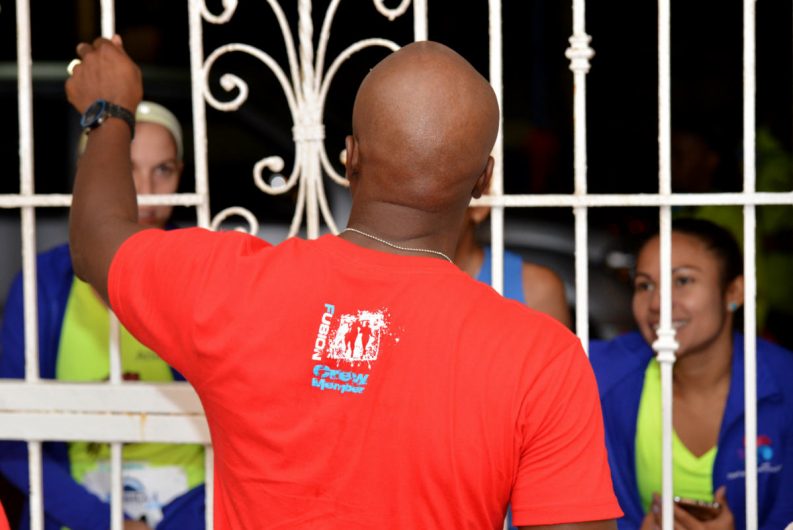